Our Year 11 English Studies and Standard English students have recently been treated to a presentation by Andrew Fraser who is the producer of the film ‘Lion’.

‘Lion’ is the core text for our Year 11’s term three unit ‘Contemporary Possibilities’. The unit encompasses the ways that different rapidly evolving digital communication technologies are utilised in modern storytelling to reach a broad audience.

‘Lion’, which stars Dev Patel and Nicole Kidman, was nominated for six Oscars and three Golden Globe awards. It tells the inspiring and uplifting story of Saroo Brierly who became lost on a train in India at the age of five. After surviving life on the streets, Saroo was taken into an orphanage in Calcutta and was adopted by a Tasmanian family.

Wondering about his origins, Saroo searched for his mother and birthplace. He used satellite images of the country through Google Earth. Andrew Fraser shared his fascinating journey making the film. He shared his personal photo collection of what happened behind the scenes and the Oscar experience.

It was a wonderful opportunity for our students. Andrew’s visit offered them an insight into the creative process undertaken during the production of their core text. 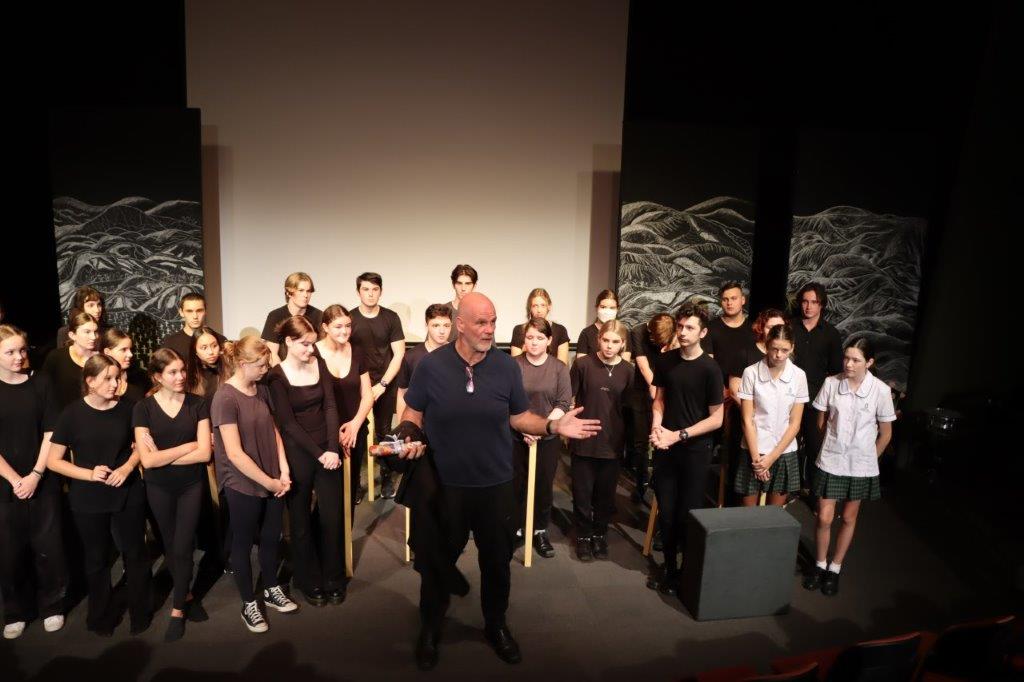