The beautiful Mater Maria Chapel, at the peak of the College site is the focal point of the College campus with a grand staircase leading to the entrance and the beautiful copper cross. It opened on June 21, 2004, forty years to the day since the Gilroy Building and Convent (including the original Chapel) was officially blessed and opened by Cardinal Gilroy as the Sisters of the Good Samaritan began their nurturing of the community of Mater Maria Catholic College.

As a Catholic school, it is a striking symbol of faith, our tradition and future. The design links the ageless beauty of ocean and bush through unique architecture and provides a space for Eucharistic celebrations for both students and staff, for prayer services or for a quiet area in times of tragedy and distress. It is also available for past student and friends’ weddings.

The furniture within the Mater Maria Chapel including solid Batu Cedar pews has been constructed through the financial support of parents, parishioners and community members and the altar contains stained glass from the Bush ‘log’ Chapel – providing a simple yet strong symbol of our connection to the past.

Mater Maria's Chapels - a brief reflection on the past

From the beginning, Mater Maria Catholic College had a special space for reflection and worship. In the earliest days of school life at Mater Maria, the Sisters of the Good Samaritan used the Convent Chapel (now the current Administration Centre) and the second floor of the Gilroy Building for whole school masses. The student population was only 131 students. This Convent Chapel was a special space and was used regularly for prayer group and weekly mass, which was celebrated by the priests of the local parishes. In 1980, the Sisters vacated their Convent home so that the College, which was so desperately in need of administration accommodation and staff facilities, could take over the building.

The Bush ‘log’ Chapel
In 1983 Sister Therese Marie Fleming (Principal 1978 – 1984) stated that she would use the profits from the College Canteen to build something that would not only benefit the staff and the students of the College but also represent for what the Canteen mothers, both past and present, had actually worked towards. And so the Bush ‘log’ Chapel was envisaged – a chapel of simple construction that reflected the bush surroundings of the site.

The history of the Bush Chapel, dedicated to Mary, mother of Jesus, was a cherished symbol of the College. Constructed with the assistance of parent volunteers in late 1984/85, with funds raised by canteen mothers and the Parents’ Association (approximately $38,000), the natural simplicity of this sacred space within the bush environment was appreciated by thousands of students in worship. It was a place of celebration, worship and a place of sorrow and mourning. It was officially opened on October 24, 1985, and was decommissioned and closed in preparation for building works on May 31, 2002. 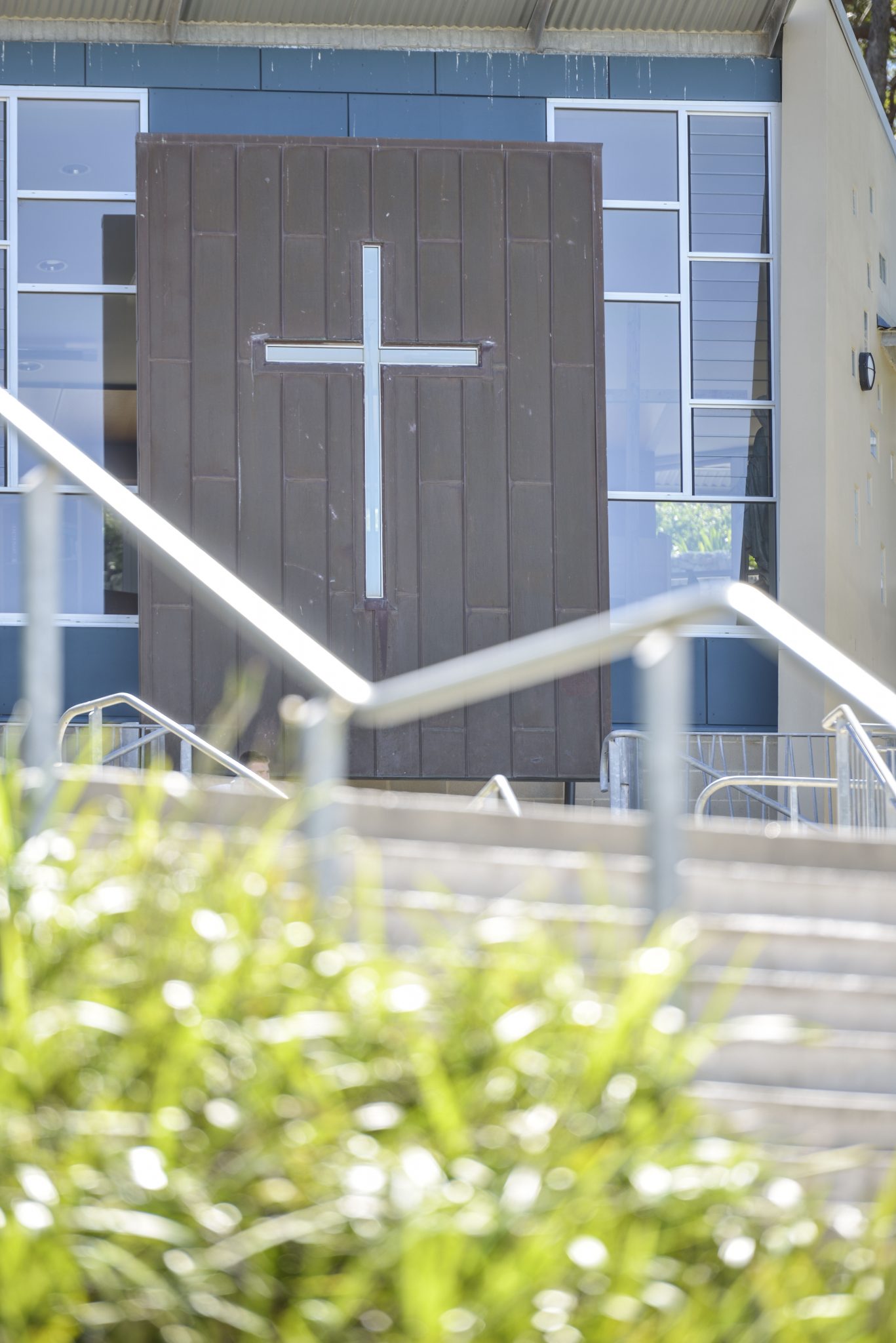