During the week of 13 to 17 June, students at the college performed their eagerly anticipated Grease musical over a series of matinee and evening performances.

Auditions for the production were first held in November 2019. At that point, there was no way of forecasting the disruptive years that followed. Three years later with lifted restrictions, a brand-new cast, band and crew, the opportunity to bring Grease to the Mater Maria stage finally came to fruition.

Pulling together a cast of remarkable talent across all year groups, students displayed their many hidden talents with impeccable vocals, dancing and acting.

Grease is a story of adolescence and romance. Danny played by Joel Ingram, and Sandy played by Sabina Felias, both Year 10 students with outstanding acting experience, have a summer holiday romance which is quickly trampled by peer pressure when sweet-as-sugar girl meets cool-as-acucumber boy in their senior high school.

Danny’s leather-jacketed gang of T-Birds and Sandy’s new BFFs, the Pink Ladies, do all they can to ensure that the romance is quashed. A whole range of adolescent teen topics were included in the musical, fitting in with peers, sexuality, social difference, and adolescent rebellion. All themes were played out amidst a clever and faultless combination of 50’s rock tunes and 70’s pop anthems.

Several Year 12s took a short hiatus from the HSC to help with the evening performances. The new 2022 Year 11 VET Entertainment Class worked hard behind the scenes, taking on every challenge to ensure all performances ran smoothly. The Year 10 Visual Design class promoted and marketed the show and helped with costume design. A vast number of other staff members and students assisted with production, lighting, music, stage, choreography, sound, hair and make up. Although the production was on a low budget with limited funds, the music, costumes, and set design were extraordinary.

We are immensely proud of the 2022 Grease cast. The students demonstrated great courage, commitment and determination throughout the rehearsal process through to the opening nights of the show. Auditions were open to the whole school, not just to the drama and music classses, and it was wonderul to see so many students from all over the college work together to bring such a sensational event to the Mater Maria community. 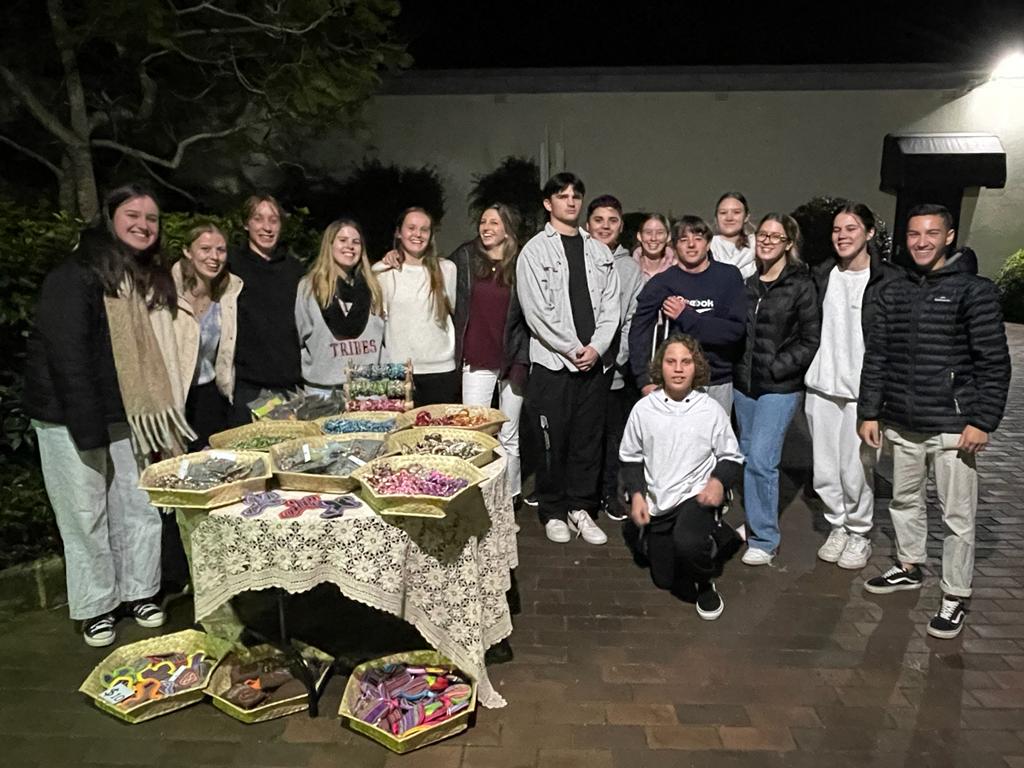